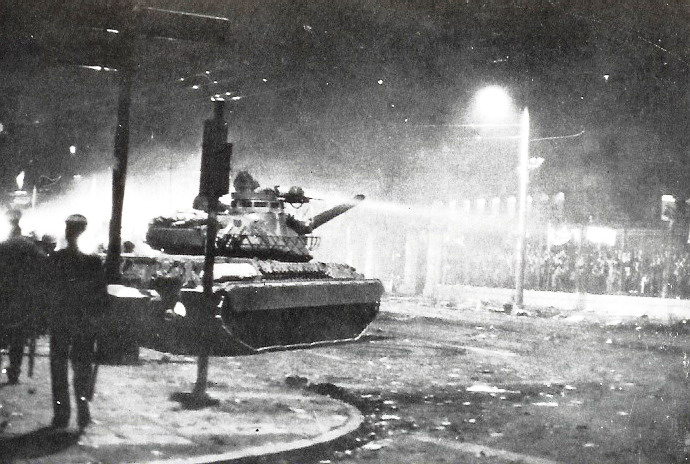 The conservative government in Greece is attempting to change the constitution to allow tuition fees and make studying harder.
Proposed changes include time-limit on university studies, an effort to restrict the provision of free academic books, the introduction of managerial positions in the Universities and allowing the police to access university grounds.
Because of the students historic resistance to the Military Junta, police is currently prohibited from entering university grounds unless invited.

At 3 am on the 17th of November in 1973, tanks crushed down the barricaded gates of the university with the police opening fire on the students who had occupied the university for several days and broadcast over a clande 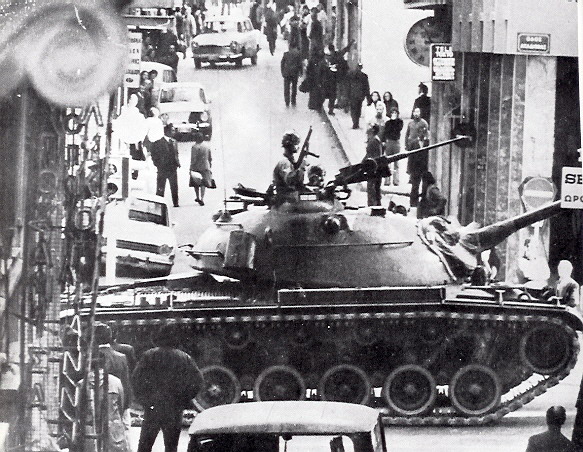 stine self-made radio calls to the population to overthrow the dictator.
Hundreds of people were injured, almost a thousand arrested and at least 35, if not more, killed.
This year the commemorative march of the Athens Polytechnic student uprising has been brutally attacked by police, leading to three students being hospitalised, the detention of more than 125 people, 7 of those are officially arrested.

At the moment the Greek Constitution states, that education has to be public and free for all. This principle has been under attack for the last months with the introduction of private schools and colleges. Nearly all Universities have been occupied by protesting students.
The conflict of opinion has not been peaceful as in the latest round of occupations in November when neo-nazis attacked the occupants.
The student protests are supported by preliminary-school teachers who have maintained a militant strike for six weeks at the start of the school year.
In October one thousand senior high schools were occupied by their pupils, because of funding-cuts and more restrictive access.