“I speak to cover the mouth of silence, said Umberto Ak’abad.?” exclaims Max, the Indian alcoholic refugee, reflecting on the forty years of civil war in Guatemala. 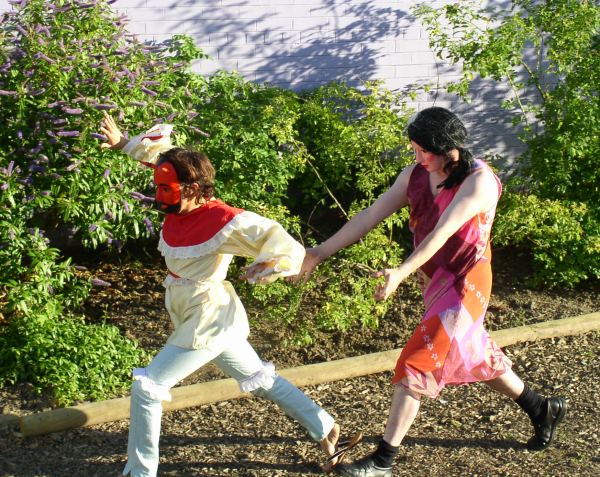 He stars in the theatre play “Mouth of Silence?”, which was brought to the North Edinburgh Art Centre at start of July by the Birds of Paradise theatre company.
It features a refugee family returning back home, reflecting about their personal situation from different angles and discussing ways to deal with the past.

“No one listens to the voices of the past.?” claims the victim Maria, who talks via sign language.
The play is fully signed, not everything is translated into English. But why?

“œIn Guatemala there are 22 different indigenous languages, Spanish is the colonial language.

We draw a pararell to the relationship of English and Sign language?”, explains the director Morven Gregor the reason for the gaps in the translation.

“The Truth. Then Justice. Then maybe Forgiveness.?”, states the fiery organiser Feliz, dismissing religion as a source of hope.

“They’ll never admit the truth until we make them.?”, states Feliz in the search of justice against the known local perpetrators of disappearances, murders and torture, whilst her pragmatic companion Susana wants to debrief and people to listen.

Max is guilt-ridden: “Why couldn’t I defend them?” whereas Maria turns both towards religion and superstition.

But all of them want the discrimination to stop and get the truth of the massacres out:

The theatre group is touring Scotland’s communities this summer with their new production, but they also hold workshops, organise a summer school, and because they define themselves as inclusive Agents for Change they offer plenty of information about refugees in Scotland, the situation in Latin America and the Guatemala Solidarity Network with their accompanying campaign stall.

Most of the play is staged outdoors, includes singing and dancing, jokes, open fire and a procession with the audience.

“It has been smashing. Every venue we play in is different and we get different resonances. In Glasgow we played during refugee week. On the Island of Gigha they could relate more to the rural community in exile and the land issues.”

The audience was impressed by the performance.

“I thought it was amazing. They managed to get lots of different issues into the play.”

Diana from Pilton went to see the play with her two children. She states:

“I thought the language of the play was beautiful. I wanted to learn more about Guatemala.

“They were really human characters you could relate to.” 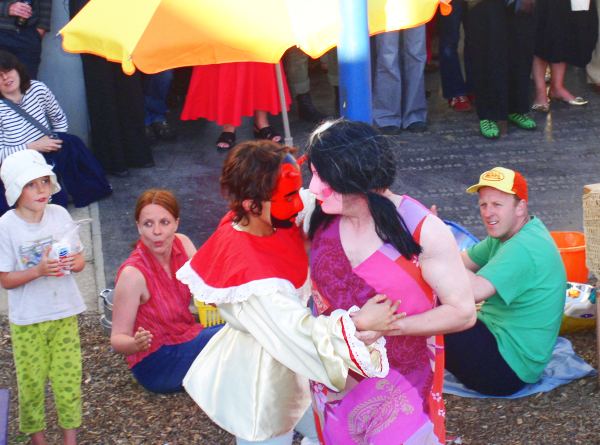