Stewart Home on the Nude Murders 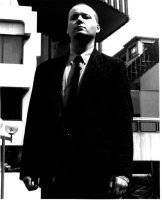 Stewart has written a new article about “Jack of Jumps” by David Seabrook (Granta Books 899) featuring theories about the identidy of Jack the Stripper, who murdered several prostitutes in the Sixties, and was never caught. Stewart is hitting out at the British Libel Law, The Observer for sloppyness, lack of research and the uncritical literary review.

Good article. And it is only available on he website of the Stewart Home Society. So, read it!

Stewart is a real clever bloke, though he has dropped out of college and doesn’t have a university education. He proves that you don’t need to go to Oxford or Cambridge to be clever or a good writer, a bit of intelligence, good research and a willingness to kick arse will do.

Stewart Home is an anarchist hating, lying, nutcase with the precise opposite of the Midas touch. But I hear he sucks dick shaped turds really well so no one is all bad.
He’s always welcome at my place.