work in the allotment

My parents are here for a week and we have been working in the allotment together. In the shed we found about 12 lawnmowers and 2 other large unidentifyable tools, as well as piles of other rubbish. We have been joking since what one individual would need so many lawnmowers for, and also how and why he collected these. He did not have a lawn even in this allotment where he stored these. 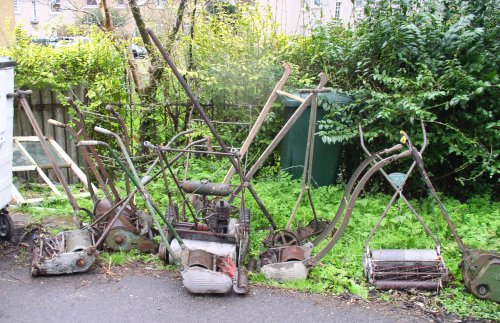 The whole entrance was obstructed with nettles and doors and wooden window frames and similar.
Also i already dragged away 4 carpets, and several mores are covered up with soil and nettles.
We worked the whole thursday and friday to clear it out.
My dad planted the first seed bed with the potatoes we found in the little hill and my mum has been tidying up the raspberries and shrubberies.

Through a misunderstanding we also worked on my neighbour’s side, she was pretty pissed off with it, and in total, I find her more difficult than the other two neighbours to get on with. She just got the other half of the plot, and it wasn’t clear where it ended, also the allotment officer send me a letter demanding the double price, he is very inaccurate, although everybody says he would be incredibly nice, but I haven’t yet met him. Anyways, the neighbour wants to get rid of the fox, who has built his home underneath the old shed, and also she wants to get rid of the blackberries we unfortunately have already tidied up and pruned for her. 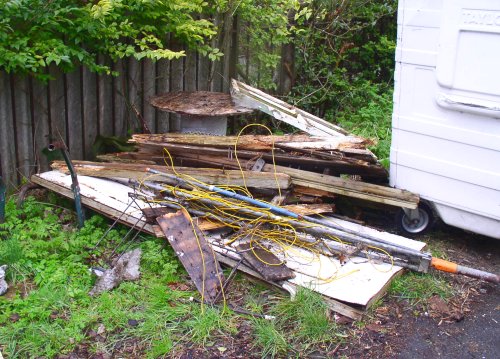