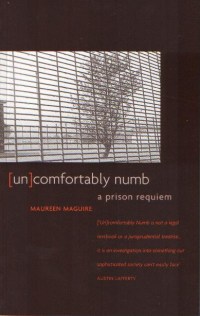 The book is divided into different parts, giving a short overview of the life of each of the eight women committing suicide in Cornton Vale from June 95 to July 98. The book concentrates then on the life of Yvonne Gilmour, who committed suicide on Christmas Eve in 96. The book is based on the inquiries in terms of the Fatal Accidents and Sudden Death Inquiry (Scotland) Act 1976 Section 6 (I) (c) and therefore based on the questionings of inmates, prison authorities, psychologists, medics, social and drug workers, and family members. The book examines the circumstances of the prison environment in Cornton Vale in general. Only 1% are convicted for violent crimes, two-thirds of the inmates are between the ages of sixteen and thirty, 20% under 21, and about 70% have at least one child, and almost 90% of women in Cornton Vale have some experience of illicit drug use, with heroin the main drug of choice. The book describes Yvonne’s difficult childhood, a chaotic adolescence and drug addiction and her struggle to get off the drugs and to life and death behind bars. It, therefore, implies strong doubts on how our society deals with drugs, drug users and “rehabilitation programmes”, with single mothers, single fathers and their need for sufficient benefits and help, it implies strong doubts on the methadone programme and on drug withdrawal programs.

The book describes quite good on how and why girls turn to drugs, and the problems of “rehabilitation” and of “drug withdrawal programs” as well as their life in general, and the problems which arise in their family and in prison. It is also a sad story about our society, having nothing better to do than put these vulnerable girls in prison.

“People may think I’ve taken the easy way out but please believe me this is the hardest thing I’ve ever had to do.” Yvonne Gilmour